With its towering cliffs, white-sand beaches and roaring waterfalls, Kauai is every photographer's dream. We've gathered six of the most picturesque places on the island. Don't miss these photographic opportunities when you're in Kauai.

Located in Kokee State Park, Kalalau Lookout offers a stunning view of Ka'a'alahina Ridge and the Kalalau Valley. If Kalalau Valley looks familiar, it might be because it has been used as a backdrop in numerous films, including the original King Kong and Jurassic Park.

If you're a wildlife photographer, Kilauea Point National Wildlife Refuge is the perfect place for you. This refuge is home to some of Kauai's most elusive birds, like the red-footed booby and the Laysan albatross. While you're at the wildlife refuge, you'll also get to see the Kilauea Lighthouse. The lighthouse sits on the edge of a cliff that plunges into the ocean, providing a dramatic photograph.

The Spouting Horn blowhole on Kauai's South Shore is one of the most photographed spots on the island. The surf from the nearby Poipu Channel enters the Spouting Horn's natural lava tube, and when a large swell goes into the tube, water shoots up through the blowhole, going up to fifty feet in the air. The best time to photograph Spouting Horn is sunset—you'll get amazing, colorful shots. 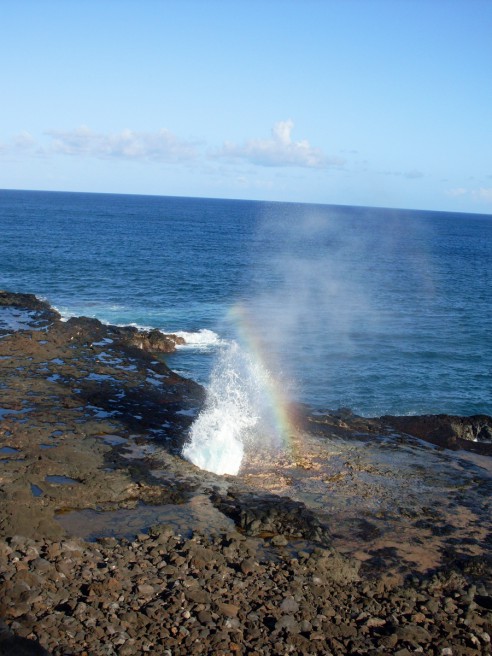 The rugged Na Pali Coast is chock-full of photographic opportunities. Along the coast, you'll see lush green cliffs, the bright blue Pacific Ocean and narrow valleys tucked between mountainous ridges. The Na Pali Coast is not accessible by car, but you can get there by hiking the 11-mile Kalalau Trail. Or, you can take a boat tour along the coast. 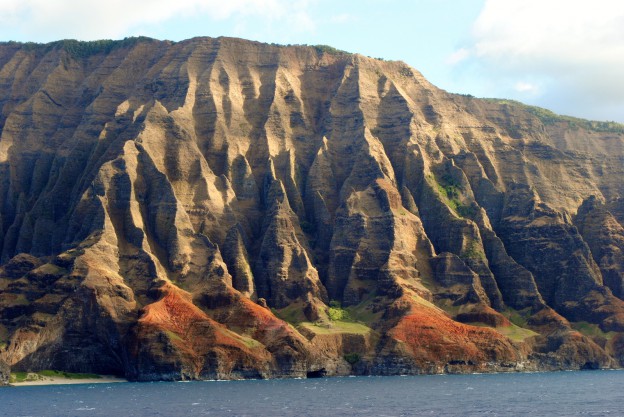 Kauai is famous for its spectacular waterfalls, and Wailua Falls is one of the most well-known of these falls. The 173-foot tall waterfall is located at the southern end of the Wailua River, and it's easy to reach by car. Be sure to go to the falls in the morning—if you go then, you'll have a good chance of getting a rainbow in your photograph. 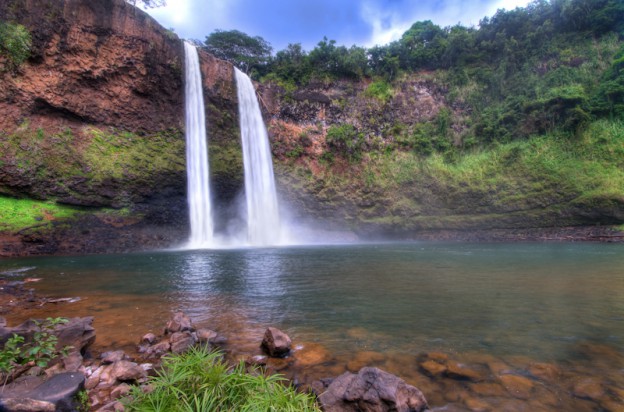 No photographic trip to Kauai is complete without a shot of the Pacific Ocean lapping onto the island's shore. One of the best places to get this shot is Hanalei Bay Beach Park. This beautiful beach attracts locals and visitors alike. The beach is popular with surfers, so you can get a great shot of them catching a wave. You'll also be able to get a photo of Hanalei's iconic and historic pier that was built in 1892. 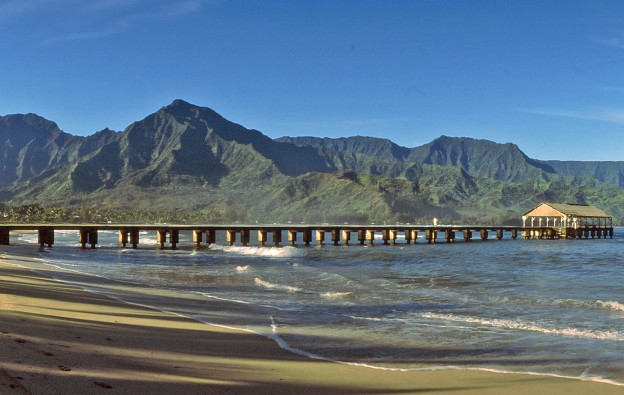 Kauai has so much amazing natural scenery, you'll never run out of things to photograph. Get your shutter finger ready—you're going to be taking a lot of photos while you're in Kauai.