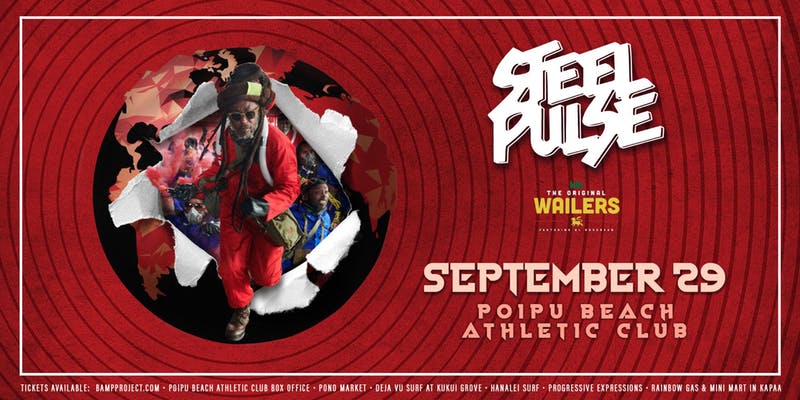 Steel Pulse is a roots reggae musical band formed in 1975, that started out playing authentic roots reggae with touches of jazz and Latin music, and earned a substantial audience. Their 1978 debut, Handsworth Revolution, is still regarded by many critics as a landmark and a high point of British reggae. Their most recent album, Mass Manipulation, is the group’s 12th studio production and demonstrates the band’s long legacy of defining the pow and beauty of reggae music.

The Original Wailers are a reggae group formed by Al Anderson and Junior Marvin in 2008. Both are best known as guitarists for Bob Marley & the Wailers as well as former members of the Wailers Band. They received their own Grammy nomination in 2013 for their album, Miracle, making it Anderson’s second Grammy nomination.